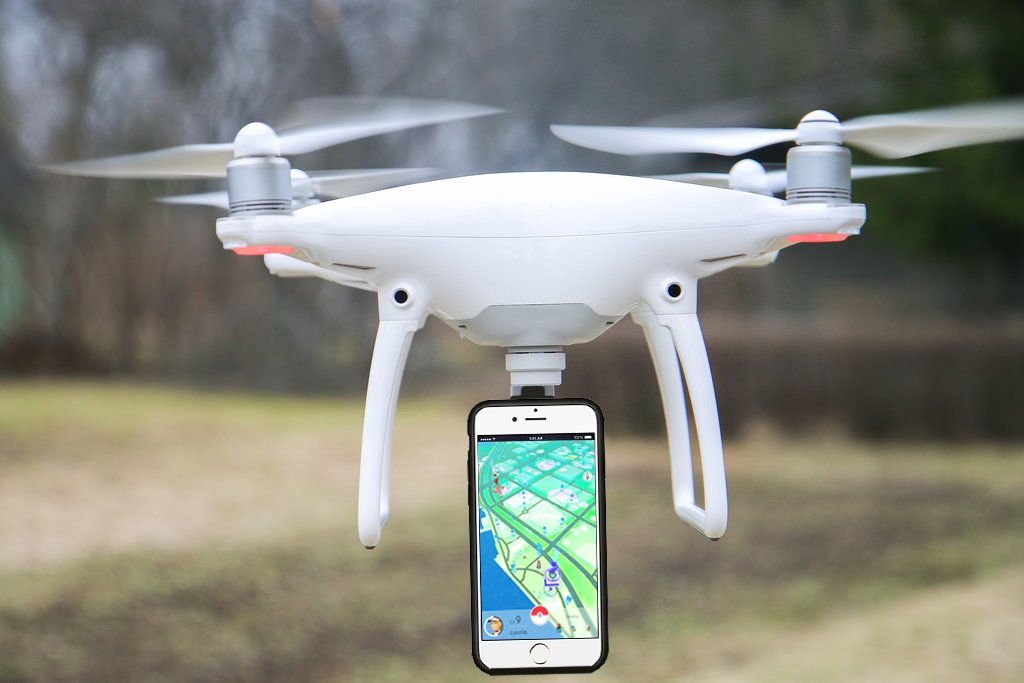 The other evening, I was out catching all the freaky Pokemon’s from around the hood. It was cool, it was funny. I fast raised to level 5, getting to use my collected Pokemon’s. But after that. Not much happened. I wanted to do more and wanted to raise in levels faster. So I decided to find a hack, that would make me the greatest Pokemon master in the world! So I did. And I want to share my great “Working PokemonGo Drone Hack”, with you guys. If you can’t wait, skip to my solution-section here.

Fact: My mobile does not need me physically to be able to play PokemonGo. It just needs my mobile and the GPS and GSM network within it. It works pretty well alone I can tell you, but of course, I need to be able to control the game.

But how do I separate my legs and arms, so to speak, and move my phone around the city, without having to run with it in my hands, violating traffic laws and putting myself and another road users in danger? The danish police wrote the other day @Facebook, that people should take more care in traffic when playing PokemonGo – kind of a lot more dangerous situation has emerged from this game:

So it would serve quite a lot of people well, if users like me, wouldn’t be fooling around in the city, making it a dangerous place. And so, guys like this fellah’ beneath, won’t have to buy expensive stickers saying “I won’t for Pokémon hunters”:

This hack could solve quite some problems for you and society!

If I want to control my avatar, my first thought was to find a device, that could emulate the GPS in my phone, making me decide, where the phone was located virtually, with a hack. As it turns out. That is quite impossible. Although a company TRNDlabs, claims to have created a PokéDrone, that extends the GPS with an external GPS in a tiny drone, making it possible to separate arms from your feet, like in this prove of concept video below:

The Verge wrote an article about this – it seems to be a joke/plain scam. Also knowing just a little about small Drones, I have a Hubsan X4 Plus myself, it seems totally silly to rely on a mini-drone for this job. It just won’t do you any good, and the reach would maybe be 100 meters – at tops. In other words – not a solution. But great concept, I’ll give TRENDlabs that 😀

The solution is, of course, a Drone, that carries your phone with it (Aha! That’s why the blog image! Got’ya). But in order to control PokemonGo, while my phone is in the air with the Drone, I need to access the phone via VNC and thus take full control of my phone, through the internet – not Wifi. In this way, the drone can be as far away as the drones radio-reach allows. Because this solution controls the PokemonGO game from VPN – not through wifi, but through the internet – it really rocks over all other solutions. It’s creative, and it’s smart. Unfortunately, this also comes with a disadvantage: you need to jailbreak your iPhone to make VNC work.

Get ready for buying the greatest Pokemon master in the world! There are three easy steps to get going, and you only need three things:

Now follow these easy three steps (all those threes … It’s like a fairy tail .. Pokemon is kind of one).

Jailbreaking an iPhone is due to cool hackers out there easier than ever. Just go ahead and follow the easy guide here. You need the jailbreak to install a proper VNC client on your phone. No way around it. Not sure how to do this on an Android phone – but I think it’s possible.

#3 Get a Drone and an Iphone Go Pro mount:

This is the quite expensive part … You actually need a quite big drone to carry your precious iPhone around the skies. Phantom 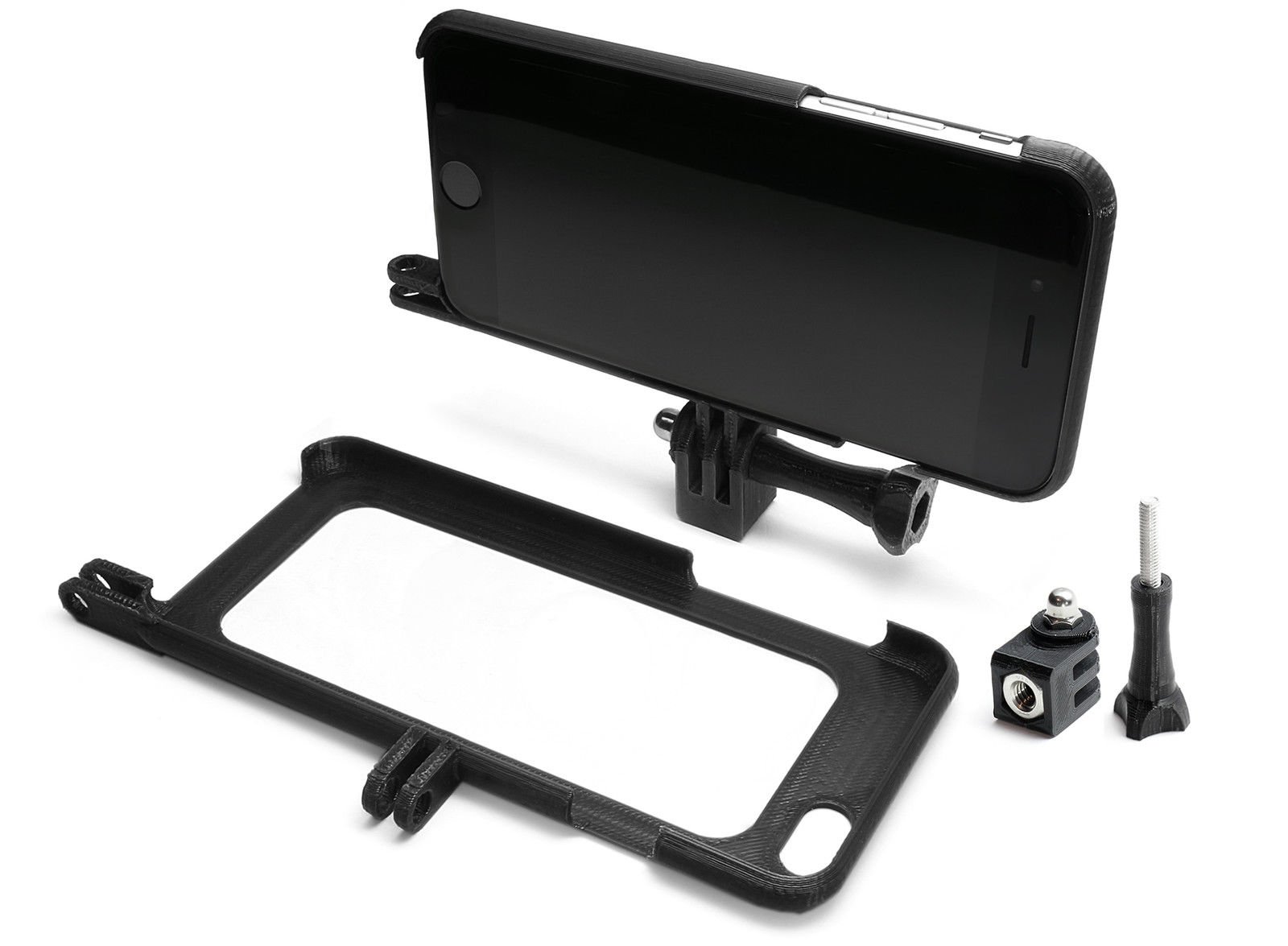 Get the case from eBay right here – it’s only around $16.

Either you can get a DJI Phantom drone and pay $1800 for it (in DK, get it from my friend Toke @droner.dk.

Now you are ready to mount your iPhone to your Drone. Somebody made a video on youtube I would show you. The rest is up to you.

NOW?!?!!!  Go get them Pokemon with this cool PokemonGo Drone Hack! Remember to fly high in order to avoid police restrictions and violating traffic laws + Get a Drone certificate (If in DK, my friend at droner.dk, Toke, will make you one).

Please write me if you have additional great features or adds to this hack. Lets co-work – it makes the world a much better place.